Teenagers can be a mystery at times and as a mummy to two lovely boys, one is a teenager, the other a tween, life can be fun!

Approaching the teen years my hubby and I were a little scared to say the least but we have found that friction between teens and parents is not inevitable.

If you take time to read up on what your teenager’s body is going through and why they act the way they do then you too can take courage knowing it doesn’t have to be scary.

Of course, we are not perfect parents but we have tried our best to be honest, open and loving so that the teenage years allows our son to find his way in the world and define his own path with the honest answers to questions he asks.

We let him know how much we value his opinions, how much we respect his views even when there are times we don’t agree with them.

I hope the following 6 ‘secrets’ help you on your parenting journey as your child reaches the teen years.

A teenager looks grown-up but they are not

The part of the brain to do with planning and organising is very much unfinished during the teen years.  This is the reason so many teenagers become distracted or forgetful during this period.  Knowing this will give you as a parent the empathy to guide your teenager during this time rather than shouting at how forgetful they are being – truth is they really can’t help it!

No matter how much you feed them, it is never enough!

What can I say; it is a fact of teenage life.  This often goes for both girls and boys in my experience.  Again this is emblematic of the teenage years and is a personal disorganisation brought about by the growing and as mentioned about the part of the brain to do with planning and organising being unfinished.  Of course the untidy room will drive you as a parent nuts but my advice is to relax – it is not an affront to your own personal domestic prowess nor is it about disrespecting you as a parent – it is simply a fact of teenage life.  My advice is not to allow the messy room to become a power struggle between yourself and your teenager.  Instead make it part of earning extra money for extra chores but remember – give them one task at a time!

Teenagers want to be understood

There are times when teenagers want to be left alone, they throw out words such as stay out of my business or leave me alone.  While there are times your teenager does need space they do however want their parents to know how they are feeling and what drives them.  Teenagers will continue to challenge you as a parent but remember this is all part of them growing up and finding out who they are.  My advice is to stop and listen to your teenager, be patient and you will learn more about your teenager than you ever thought possible.

Teenagers are under a lot of strain from peer pressure

There are times when I laugh this off but it is serious for teenagers. Peer pressure is a big thing in their life – from school, from friends.  It is important to steer your teenager through the peer pressure but do it with a bit of sensitivity.  I’ve found involving your teenagers in a club or sport will divert their attention at times.  I would also encourage you to praise your teenager as much as possible which will encourage them to continue to do the action they are being praised for.

Teenagers are night owls and not early birds

There are times when teenagers won’t go to bed at a reasonable hour and of course you can’t then get them up in the morning.  Did you know there is a biological basis for this?  During the teen years the circadian clock is programmed differently from adults – it is usually about 3 or 4 hours difference.  So don’t worry about this it will pass but as a parent you should be aware that your teenager may be grumpy and sleep deprived so perhaps if they argue with you it has nothing to do with you at all just the mood your teenager is in.

I do hope you have found these tips helpful.  There is no manual on how to raise children, but as parents we try our best to understand how our children act as they do.  We also try to guide, love and cherish them through all stages of their lives.

I would love to hear your thoughts on raising teenagers.

Next Story
4 WAYS TO SAY CONNECTED TO YOUR TEEN

4 WAYS TO SAY CONNECTED TO YOUR TEEN

TIPS FOR MEETING NEW PEOPLE AS A SINGLE PARENT

How have brands started to support our teens? 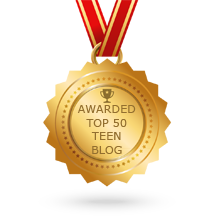